Irrigation: A challenge in Modern Agriculture

Irrigation: A challenge in Modern Agriculture 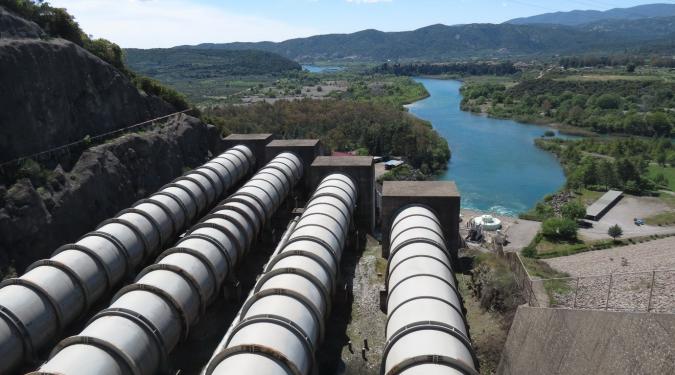 The largest amount of all the water consumed worldwide is used by the agricultural sector. The estimated amount of the surface water and groundwater spent on crops irrigation is 60%.

The average water consumption in Greece is approximately 5,500 m3/year per inhabitant. About 84-85% of these are consumed for irrigation, 13-15% for water supply and 2-4% for the industry [1]. Therefore, the main consumption of freshwater in our country, is for irrigation purposes. It is estimated that 40-60% of this amount is lost due to leaks from outdated and unsustainable irrigation water supply networks. Apart from that, we should take into account the bad irrigation practices followed both collectively (central management) and individually (producer). 85-90% of Greece's reserves of freshwater  is surface water while 10-15% comes from groundwater aquifers. 40% of groundwater is used for irrigation purposes [1]. Τhe imbalanced and exhaustive exploitation of groundwater in relation to the amount of surface water reserves aggravates the  phenomenon of groundwater salinization, which especially appears in coastal areas.

Besides the problems mentioned above, there is no irrigation planning, as there have never been adopted methodologies based on practices and protocols by official bodies and networks (FAO, WMO, CIMIS) or special scientific committees [2,3,4,] during the last 50 years.

The lack of a standardized Agrometeorological Network and related infrastructure and the use of inappropriate meteorological observations from other sources instead, results in incorrect estimates [5]. In Greece, the crop water requirements are estimated on a theoretical basis that serves more the academic research, rather than setting the goal for a comprehensive practical approach to the assessment of irrigation needs and water resources savings. Today the irrigation is done with the responsibility of the producers and at their will (Fig.1)

Therefore the use of the term "sustainability” of water resources is unfortunately used as an unclear notion, which does not necessarily aim at specific practical solutions that ensure the irrigation efficiency and the rational management of valuable water resources.

Figure 1. Hydrological basin of Boeotian Kifissos, May 2015 - Irrational use of irrigation water from drilling, during the first stage of crop development, without planning.

To implement the GREENWATERDRONE project, we have selected the wider area of Trifylia in  Peloponnese that extends to a coastal lowland zone with special agricultural activity and rich productive soils. Greece, a predominantly mountainous country, has the peculiarity of presenting a coastline of 16 thousand kilometers [1] that includes the mainland and island country. Many of these coastal lowlands have been created by newer soil formations with increased fertility. However, the major problem in most of these areas is the over-pumping of coastal aquifers for irrigation needs, resulting in the degradation of several soils. The intensive pumping of the coastal zone leads to groundwater salinization due to saltwater penetration into the aquifer.

Since 1977, several publications [2,6] and simulation software (e.g. AquaCrop) have linked crop yield response to water through crop yield (ETc), as water is a key limiting factor in crop productivity. This requires a proper understanding of the effect of irrigation on the growth and yield of crops under different growing conditions.

Considering the above, the GREENWATERDRONE project aims at an autonomous, high-precision and low-cost system, which will determine the real irrigation needs of each crop, in real-time for maximum water savings, but will also strengthen the protection of natural resources.

Thus, the important instruction to the grower is not when to water, but when to not water.

[5] Alexandris, Stavros, and Nikolaos Proutsos. "How significant is the effect of the surface characteristics on the Reference Evapotranspiration estimates?" Agricultural Water Management 237 (2020): 106181.